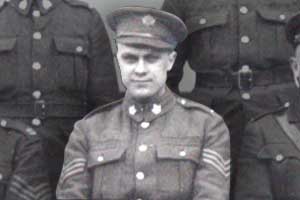 George Henry Beamish enlisted into the 204th Battalion of the Canadian Over-seas Expeditionary Force on March 15th, 1916. The 'Toronto Beavers', as they were known, were based in Toronto, Ontario, Canada. This battalion is reported to have been recruiting at a rate of about 450 men per month. As World War I progressed, and the casualty rates were rising, the need for new replacement troops became crucial. New Battalions began to form and send troops to England as fast as possible. In March 1917, the ‘Toronto Beavers’ sailed to England and were absorbed into the 2nd Reserve Battalion.absorbed into the 2nd Reserve Battalion... Read More 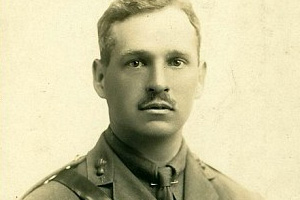 Harold Llewellyn Twite, was killed by a German mine on December 1st, 1915 at the age of 36. His watch, encrusted in Somme mud, was frozen in time at the moment he died when a German mine exploded. They then posted his belongings back to Sutton, Surrey, England where Lieutenant Twite's family was living at the time. But his widow could not bear to open the parcel and his daughter had just a brief look before it was packed away. The mementos then lay untouched, covered in the mud from the Somme tunnels in which he had battled, for nearly a century... Read More 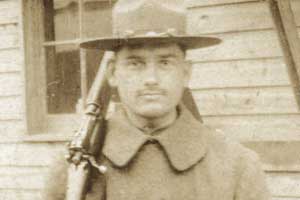 Louis Albert Zitzmann, a native of Woodhaven, New York and an architectural draftsman by trade, entered the service at the age of 26 at Fort Dix, New Jersey. He was appointed Corporal of Company B, 303rd Engineers, 78th Division. Zitzmann’s division took part in the St. Mihielís Offensive on September 12 through the16th of 1918. The assault was meant to capture the strategic city of Metz in northeastrn France. This American attack proved a great success as the Germans were caught in a retreat and did not have any of their artillery in place. However, due... Read More 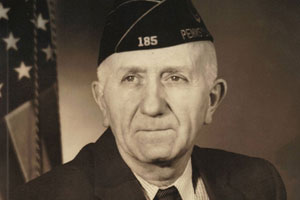 Warren Greenawalt Sr. was a Mount Joy, Pennsylvania native who, as a civilian, was a watchmaker and repairer. Greenawalt joined the Navy at the start of World War One and served as an aviation instruments repairman.