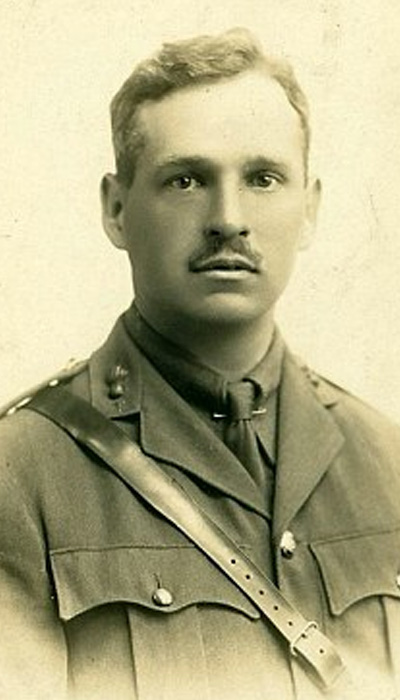 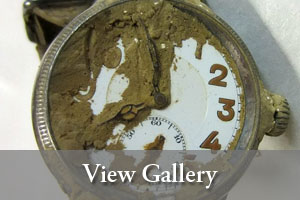 Harold Llewellyn Twite, was killed by a German mine on December 1st, 1915 at the age of 36. His watch, encrusted in Somme mud, was frozen in time at the moment he died when a German mine exploded.

They then posted his belongings back to Sutton, Surrey, England where Lieutenant Twite's family was living at the time. But his widow could not bear to open the parcel and his daughter had just a brief look before it was packed away. The mementos then lay untouched, covered in the mud from the Somme tunnels in which he had battled, for nearly a century. It was then that Lieutenant Twite's grandson David Chilcott, also from Cornwall, stumbled across them.

Lieutenant Twite was working overseas as a mining engineer when war was declared. He returned home to sign up and was seconded to the 183rd (Tunneling) Company of the Royal Engineers. An expert in digging tunnels and sinking shafts, Lieutenant Twite was put in charge of a team of Cornish miners. The team's job was to tunnel under the German trenches in northern France to set explosives. His team had just retreated in December 1915, after setting a series of charges, when the Germans detonated a huge mine. The blast killed Twite and four of his countrymen.