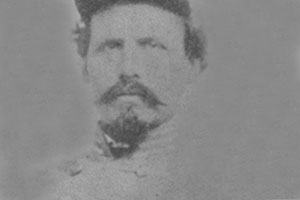 Major Benjamin Watkins Leigh Jr. was the son of a prominent Virginia Whig Senator and one of the many causalities of the Battle of Gettysburg. He died on the third day of the fight for Culp's Hill, a heavily wooded hill unsuitable for artillery but necessary for the confederates to advance to Baltimore. In a July 9th, 1899 article in the Washington Post , A Union Soldier Recounts Major Leigh's valor:

"...an officer was seen approaching as if to prevent further surrender. On his splendid mount he pushed up toward our line, with singular disregard for his personal safety. As he advanced, the firing from the Confederates broke out with renewed vigor, and was promptly and cordially met by us from the brow of the hill. Down went horse and rider to rise no more..." Read More 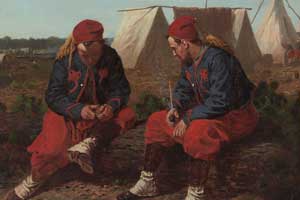 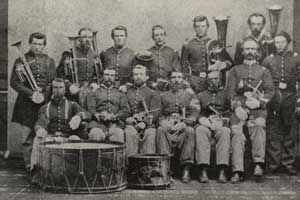 Moore was born October 28th 1823 in New Hampshire and Enlisted in the Massachusetts Infantry in Boston at the start of the Mexican War. Most notably during his service, he took part in the battle for Vera Cruz in 1847. After the Mexican war, Moore moved to California. He spent the next 50 years in California and Nevada where he owned a cattle ranch. At the time he was given this watch he was serving as captain in the National Guard in California. Moore ultimately rose to be lieutenant colonel of the 3rd California Infantry by the end of the civil war...." Read More