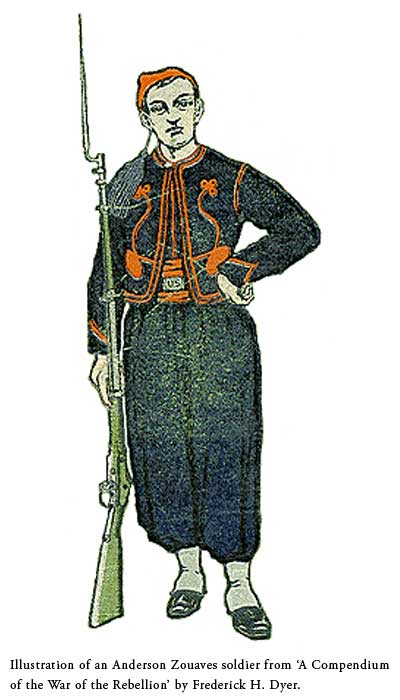 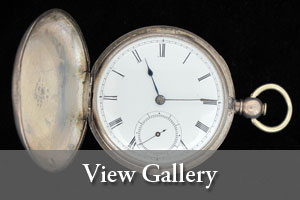 William P. Allcot was enlisted on June 2, 1861 in New York, NY as a Private at the age of 23. He was mustered into Company 'D' of the Anderson Zouaves on June 30, 1861. In September of the same year, Allcot was promoted to Quarter Master Sergeant and in November of 1862, he was promoted to Sergeant. On February 7th, 1862, this watch was presented to Allcot by Company 'D' Sergeant John T.Cumming, Anderson Zouaves, sixty-second regiment, NYSV.

The Anderson Zouaves was a New York Volunteer regiment which fought for the Union cause during the American Civil War. Many of the men who made up the Anderson Zouaves served as volunteer firemen before enlisting; Allcot himself served as an assistant foreman of Engine Company No. 15.

Allcot was wounded in 1863 at Fredericksburg, VA and in 1864 at Cold Harbor, VA. He was then discharged due to wounds on December 19, 1864 from the Carver Hospital in Washington, DC.