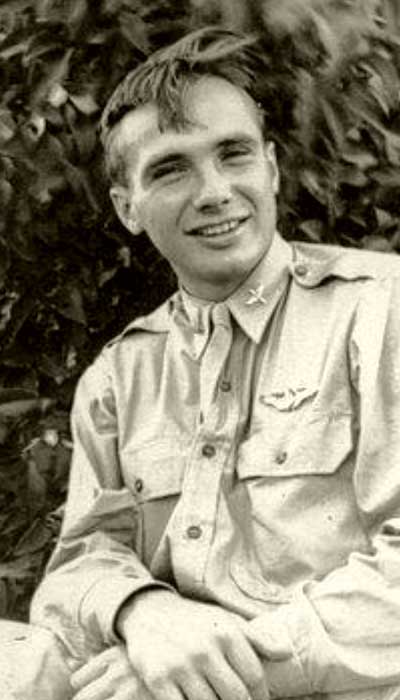 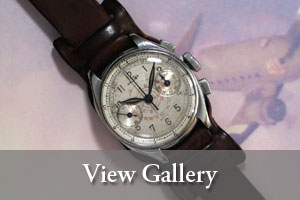 James Richard Hoel enlisted as a cadet in the Army Air Corps in February 1942 and soon found himself navigating a B-26 Marauder with the help of his Gallet Chronograph. The watch was a gift he received from his employer before he left for the war.

On May 17th, 1943, Hoel's plane, along with nine others, was shot down while on a mission to destroy an Axis held power plant. Hoel's bomber crashed into the Maas River in German occupied Holland. He and three other survivors swam to shore and were captured by the Germans. Thankful to have escaped with his life and preoccupied by the serious situation at hand, Hoel did not spend much time mourning the loss of his watch in the crash.

A P.O.W., Hoel was sent to Stalag Luft III where he did his part in creating the tunnels made famous by the movie 'The Great Escape' by helping to slowly disperse soil collected from the excavation around the yard. Of the seventy-six that escaped through the tunnels, twenty-three were recaptured, fifty executed and three made it to freedom.

As Hitler watched the Allies closing in and he saw his time was up, He began to consolidate P.O.W.s in Stalag VII-A Moosburg, a single well protected camp close to Munich, so they could be used to bargain with the Allied forces. For many of the 10,000 P.O.W.s walking up to 70 miles through one of the coldest winters in recent European history, it was a death march. Those who survived the ordeal, like Hoel, had very little to look forward to once they reached the camp. They were greeted by overcrowding, and starvation until the war ended.

Fast forward to August 27th, 2003 when Hoel received a phone call from England at 6:30 a.m. in the morning from a man who says he has his missing Gallet Chronograph lost during the plane crash so many years prior. The watch, nearly forgotten by Hoel, had spent most of the last 60 years kept in the drawer of 89 year old 'Tiny' Baxter, along with other WWII memorabilia collected by his mother in England, . While 'Tiny' never thought to ask his mother how she came to own the watch, it may have been recovered while the airplane was being salvaged from the river after the war.

The watch, in a state of disrepair, was restored to its original working order. Soon, Hoel and his watch found themselves on the bank of the Maas River at the site of the crash with his son and Peter Cooper, the man responsible for tracking down Hoel after all these years. While greeted with a hero's welcome, the day was bitter sweet for Hoel knowing that the real heroes were the ones that paid the ultimate price for their country.