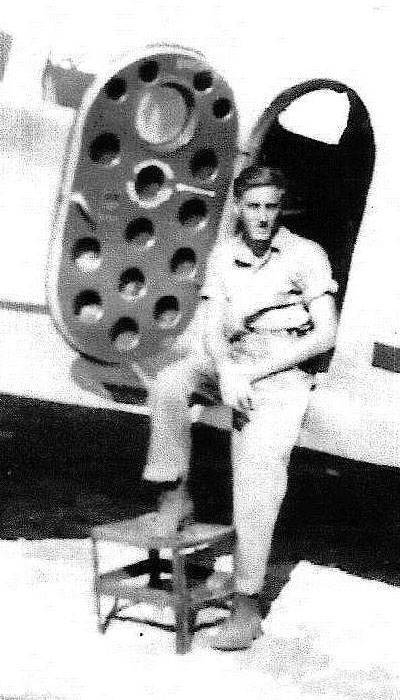 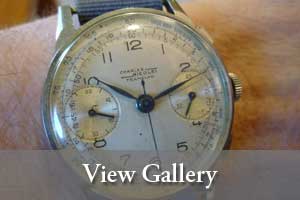 Warren H. Greenawalt, Jr., following in the footsteps of his father, enlisted in the Navy in May of 1943. he was trained at the Navy Training Station in Sampson, New York and went on to aviation machinist school.

Greenawalt was stationed on the small Pacific Island of Tinian where he was a 'Plane Captain' of a JRB-4 twin Engine Beechcraft. His duties consisted of both maintaining and piloting the craft. He frequently flew officers from Tinian to the island of Guam for meetings with Admiral Nimitz.

On one such trip, Greenawalt and his crew brought crates of tomatoes to share with the men of the aircraft carrier USS Boxer. Greenawalt received his Charles Nicolet Tramelan in return for the tomatoes.

Greenawalt's more memorable war experiences include witnessing the USS Indianapolis deliver the atomic bomb and seeing the crew of the Enola Gay behind fences to keep them from discussing any details about the planned dropping of the atomic bomb.